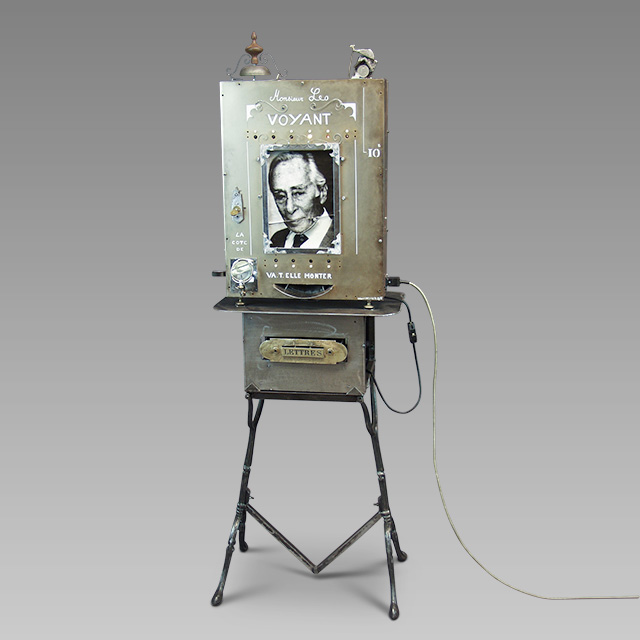 Gilbert Peyre through this elegant critique of the art dealers, wanted to pay tribute to Leo Castelli, a true discoverer of artists. 'Mr. Leo the visionary' suggested what became many European galleries: followers making rain or shine but often misleading. Gilbert Peyre who was looking for a gallerist portrait, had agreed with the artist Aurele, who photographed Leo Castelli during his visit at the FIAC.

Gilbert Peyre, which sets in 1977 its first pulp characters in his Montmartre studio is an autodidact, he became over time stage director artist. The mechanical objects are enriched with electronic and pneumatic. He first exhibited his mania-electro-mechanical sculptures in art galleries (Duval-Dunner, Mostini), museums (Arts Decoratifs, Bourdelle), art centers (Montb?liard, Cartier Foundation), at the FIAC and in a major retrospective at the Mus?e de la Halle Saint-Pierre ? Paris ('Fin de chantier' - 2000-2001).

Certificate of authenticity issued by the Artist


items in your cart